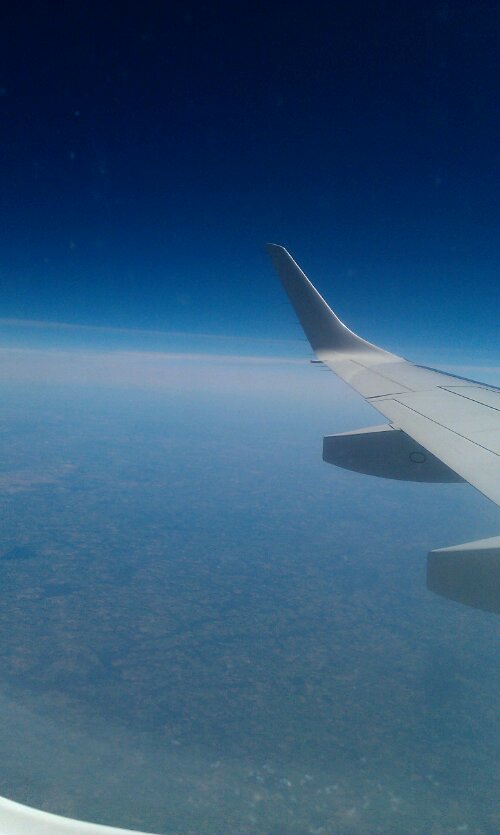 Flying. I love flying. I don’t know what it is about it, but it’s great.

The best bits are punctuated with a long boring bit – the bit in the middle.

The acceleration of the aeroplane as it sets of down the runway pushing you into you seat. A fast car might do Tue same, but on todays roads rarely for as long.

Once the aeroplane reaches takeoff speed, not only do you pushed back into your seat, you’re also pushed down into it, resulting in the funny feeling as your guts try and catch up with the rest of your body rising into the air.

After that its the ten or twenty minutes looking out of the window as the clouds get closer and the further away as you pass straight through them on what feels like your way to the stars.

Gazing out of the little porthole of the tin tube you’re carried in, staring, slack-jawed the curvature of the earth, seeing with your own eyes what science proved ages before man took to the air. 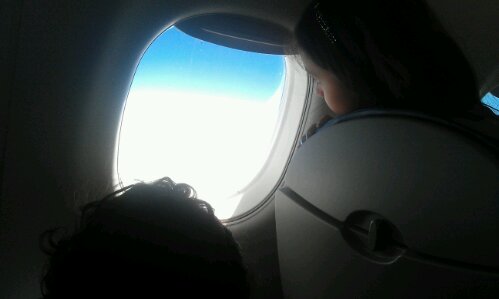 After that though, there’s the shit boring, 37,000 ft high bus ride, with the landing basically being the reverse of take-off. Although of course, if you’re lucky, you can take bets on whether or not the plane will stop before the end of the runway.

The best flight I have ever taken, I can’t remember where it was to but I never forget what I saw. Take-off was a couple of hours before dawn, so we’d been in the air a few hours, in to the shit boring bus ride part and obviously I’d been drinking gently when I glanced out of one window, which was pitch black, then out of my window to see a rainbow. Not just any rainbow as we were at about thirtyseven thousand feet. This rainbow started at the ground (and now I think about it I can’t even think what colour the rainbow started with, just that it was amazing) and finished in the sky. Each band of colour spanning from one side of the horizon to the other. It was as if a regular rainbow had been flattened out and laid on the horizon.

I may not have explained it very well, and the little bit of booze I had drank could’ve added to my awe at such a sight but, fuck me, get yourself in the right place at the right time is nature is fucking amazing.