Please help the Samaritans without costing yourself 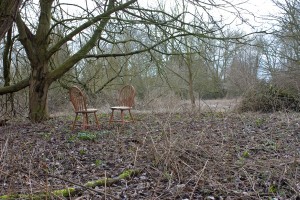 I have a friend who, in his spare time, volunteers for the Samaritans. He sent me this email…

Samaritans have been nominated to be one of the supported charities for The Lawyer Awards. Two charities will be chosen and will be supported by the awards for three years raising over £150,000 for each charity.

The two charities are being voted on by a public vote via http://www.thelawyer.com/the-lawyer-awards-2011-charity-nominations/ It is a public vote so anyone can vote but you can only vote once. The voting closes on 22nd October.

The Lawyer Awards are held in June every year. There is no fee to enter, instead entries are asked to make a donation to the chosen charities. All donations are split between the two chosen charities. On average each charity will receive £50,000 per year for 3 years.

This is a public vote and could raise around £50,000 a year for Samaritans – if you can spare a few seconds, I would be really grateful if you could click on the link above and vote. This could be a massive boost for us financially Please vote!

There are many other worthwhile charities you can vote for as well, but it would be great if you could vote for the Samaritans.